AU$ 325,000 o.n.o.
This magnificent specimen is the sole airworthy example of just two survivors. Flown by great Australians, Kingsford Smith; Percival and owner P.G. Taylor. Looking for the right home for a national treasure that happens to also be a practical, reliable, pristine, touring aeroplane.

The Gull was a low-wing cantilever monoplane, constructed of wood with plywood and fabric covering. The wings tapered outwards in both thickness and chord, with dihedral outboard of the centre section. The wings folded rearwards at the rear spar for storage. There were split flaps inboard. The horizontal tail plane incidence was adjustable in flight for trim.

Although Gull variants were powered by various engines, all were inverted inline air-cooled types driving two-bladed propellers, making for a neatly faired installation. The rear fuselage was of square cross section with a rounded top. The glazed cabin joined smoothly into a raised dorsal fairing, and placed the pilot in front and two passenger seats, slightly staggered behind. Entry into the early models was via the sliding canopy. The main undercarriage was fixed and spatted, each wheel mounted on three struts in the early models; there was a small steerable tail wheel.

The three-seat Gulls sold well, offering speed and comfort to sporting pilots all over the world. Some were bought by charter companies, and were used for photographic and newspaper work. Progressive upgrades saw the original Gull Four, with its top-opening cockpit hatch and spatted tripod undercarriage, replaced on the production line by the Gull Six with its car-style cabin entry doors, more streamlined single leg undercarriage units and usually, a 200 hp six cylinder Gipsy Six replaced the earlier four-cylinder Gipsy Major of 130 hp.

Fast forward to modern times and just two examples of the Gull four survive, along with three examples of the Gull Six. Four of the five reside in Australasia. The world's last flyable Gull IV (the sole other survivor is in a museum in Belgium) is VH-UTP, beautifully restored by MothCair Aviation in Australia. We have been privileged to be able to offer this unique aircraft for sale.

Unfortunately, recent events have led to some changes to the disposition of this aircraft. Serious would-be buyers need to get in touch to discuss possible options for its future. 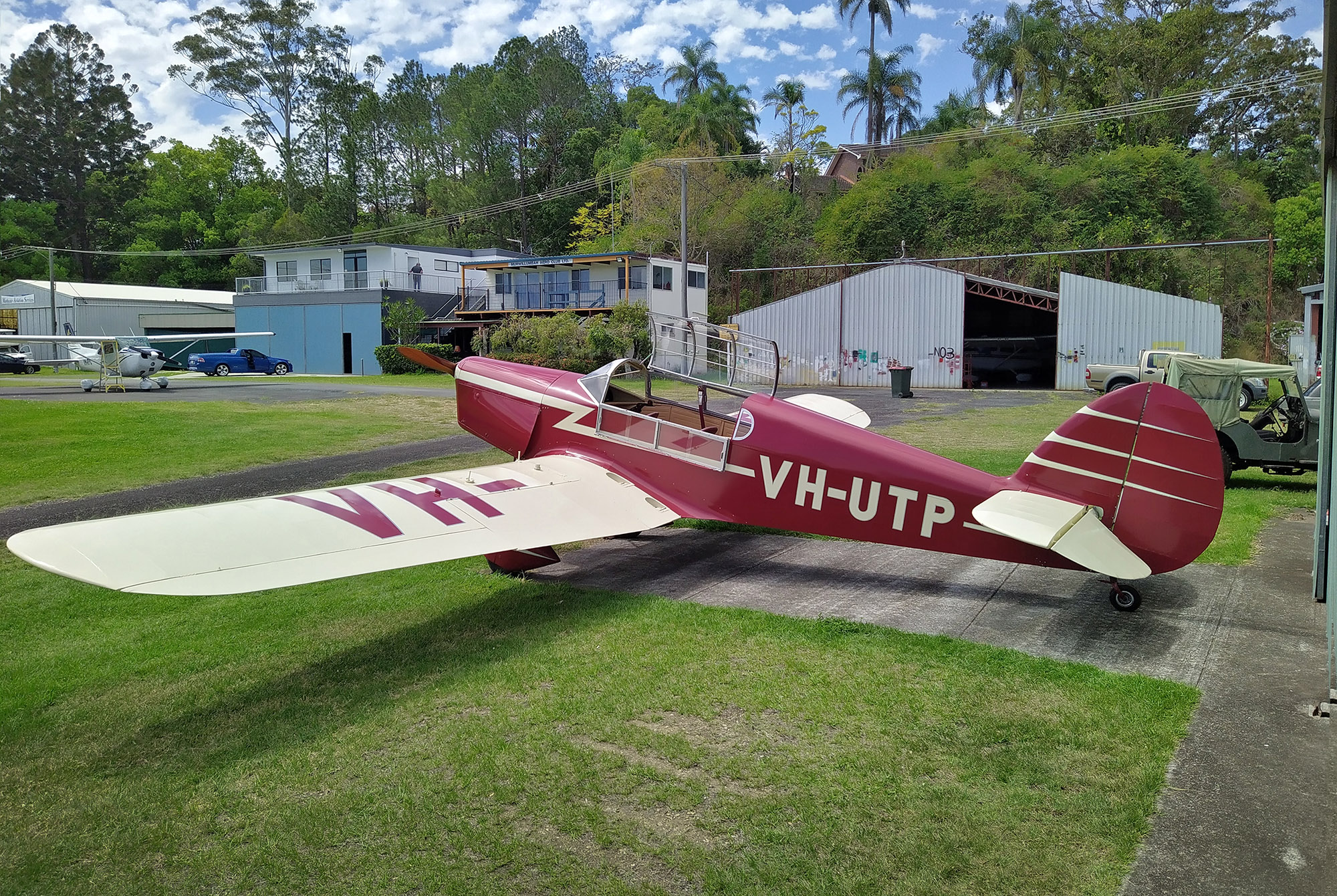