In association with Classic Wings Magazine

How we came into being

I sold my first vintage aircraft at the ripe old age of 17, to a keen fellow enthusiast who not only went on to restore that 1942 Auster (actually the prototype Mk.III, MZ105) but still owns and flies it today. We have remained friends ever since. It was a good start.
‍
I never set out to earn a living out of aircraft sales, but rather, had the same intent that drove me to produce Classic Wings Magazine, to want to establish an aviation museum, to want to run an international airshow. I was driven to do whatever I could to grow the vintage and warbird aviation scene in my part of the world. The Auster had been part of a purchase package pursued by my friend Pete Biddle and I during our final year at high school. The other aircraft in the package was the real goal, a Tiger Moth which Pete and I went on to restore during our Sundays over the following eight years, along the way learning to fly, and building an airstrip and hangar on my parents farm west of Brisbane, Australia, and meeting and marrying our wives (I still co-own this Tiger Moth, still flying well many years later).
‍
Throughout the Tiger restoration, I sought to connect with others who shared my interest, at the same time as seeking the whereabouts of other vintage aircraft projects and it was a logical step to put them together. This worked well not just to rescue old aircraft and see them return to the skies, but also to build the beginnings of a strong heritage aviation community in South East Qld which we formed into the Qld Vintage Aeroplane Group (and which thrives today and includes 'warbirds' in its name).
‍
Classic Wings Magazine was launched over the Easter weekend of 1994 at the Warbirds over Wanaka Airshow after my wife Jane and I had moved our base to New Zealand for an intended short period. The relocation to Blenheim at the top of the South Island saw us move to establish another group of like minded people with whom to share the love of old aircraft. Whilst another Tiger Moth restoration ensued in the garage, I became fascinated by the notion of group ownership of warbird type aircraft which the NZ Warbirds Association in New Zealand had perfected over years of operating numerous T-6/Harvards and other types. I thought it worth trying to see if such a group would work in a small town of 20,000 people. It did and that too continues to thrive today, but along the way, became the nucleus for much broader heritage aviation activities at our Omaka Airfield base - but that's another story!
‍
I found that being proactive with initiatives like this, coupled with the work I was doing with the magazine and the profile that created, led to more people seeking my help to sell or source specific heritage aircraft. This led to the decision to formalise Classic Aircraft Sales Ltd as a professional entity to expand on those dealings and I made the announcement of this move in Classic Wings magazine, issue #16 in 1998.
With all sales of older aircraft, the goals are the same.  To seek the outcomes that provide good results for the seller and for the buyer, and help the aircraft to find a next-home that will support its ongoing maintenance and operation well. Along the way I have had the privilege of working with some fantastic people and sourced aircraft from many parts of the planet from barn-finds to the jungles of WW-II Pacific Theatre battlefields. This continues to be an enjoyable and fulfilling journey helping to support many dozens of exotic aircraft and their owners all over the planet.

Thank you! Your submission has been received!
Oops! Something went wrong while submitting the form. 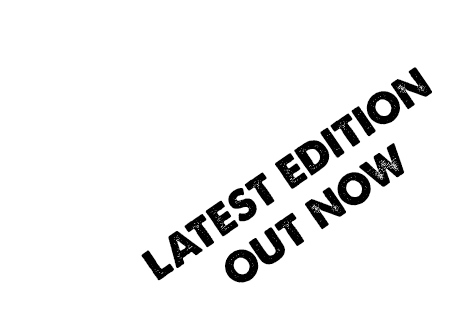